2018: A year of solar growth and optimism

Yes, we are in changing times. 2018 has thrown the world much environmental, social, political and economic turbulence; as our old systems continue to creak and crack around us.

But there is good news and reasons to be positive. The growth of much needed clean, affordable, scalable solar power is one.

In 2018, the 20th year of Solarcentury, our management team reflects on the year and illustrates why it really has been a year of growth and optimism for solar power and the transition to a new zero carbon energy system.

In 1998, when we started Solarcentury, solar power was of course significantly more expensive than it is today. But we knew this would not remain the case, and firmly believed that solar power would become the world’s dominant energy source.

In 2018 we saw solar breaking yet more records. According to the International Renewable Energy Agency (IRENA) costs have dropped 73% since 2010. This now means that solar joins onshore wind as the cheapest option for electricity generation in every developed country except Japan, according to Bloomberg’s analysis of the last six months.

The International Energy Agency (IEA) announced this year that cumulative solar PV capacity reached almost 398 GWp in 2017 and generated over 460 TWh, representing around 2% of global power output. With this, we’re hugely encouraged by the attractiveness of solar in countries like Spain, the Netherlands and Mexico in particular. 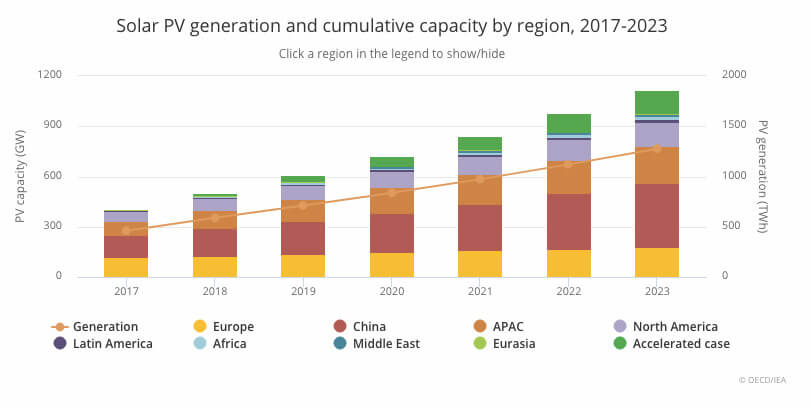 In 1998, when we started Solarcentury, solar power was out of the question for 99.9% of corporates. There were the pioneers of course but the case for a ‘people and planet’ approach to business, ie. operating within the bounds of the world’s resources, was yet to be formed let alone won.

In 2018 we see 158 companies making the commitment to switch to 100% renewable energy with 37 very close to meeting their target, already at 95%. 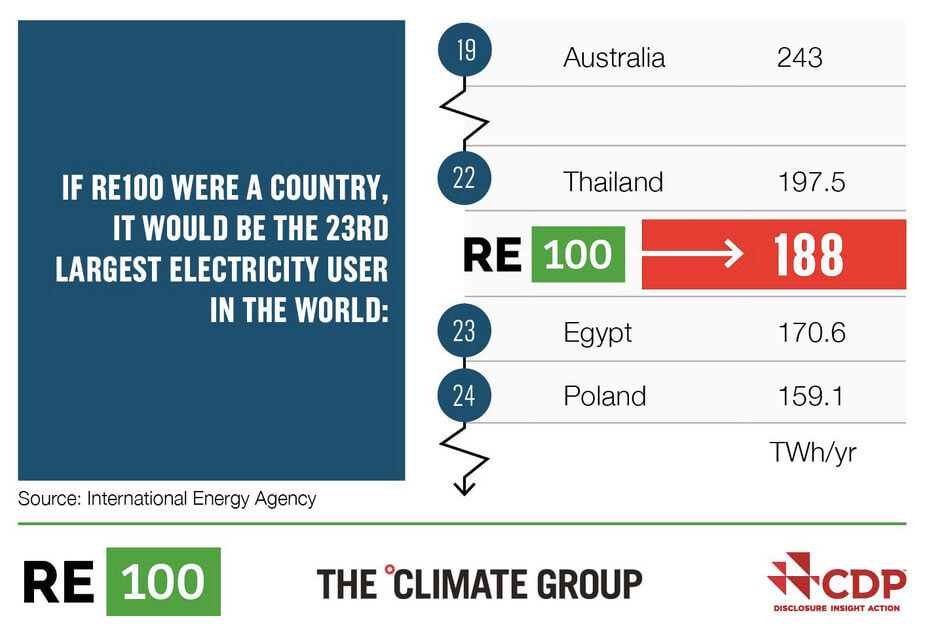 I’m hopeful of the corporate world. The front running companies are incredible with a zero net carbon philosophy embedded in the culture of companies like our partners Unilever and IKEA. We’re seeing corporates really forge ahead with favourable policy environments for PPA’s. It really is essential that policy continues to remove barriers to corporates wanting to lead on renewables – as they are moving swiftly and leading the zero carbon economy in ways that nations and states are not.

I believe Solarcentury is going to be right there in the vanguard of the corporate movement to play a major contribution in tackling climate change. After all, that has been our mission from day one.

2018, for me, is the year Solarcentury truly came of age as a solar power company. For the last 20 years the organisation has been pioneering new business models, products, partnerships and ideas; very much paving the way for solar power to become accessible to all. But, this year was the year we hit significant milestones in multiple territories.

In the last three years we have purchased three million solar modules, expanded across Europe, Latin America and Africa and are developing some of Europe’s largest solar parks including the 300MWp Talayuela Solar park in Spain. We have become the market-leading provider of solar systems to corporates in Africa. That success has not come easy. A few years ago we had to change our entire business model to respond to rapidly changing markets.

We know that a focus on solar development and asset ownership was the right one for the company, our staff and our mission, but it was a significant move. With more than 3GWp in the pipeline, and excellent partnerships with market leaders including Encavis, I am proud that our team is building a company that is addressing the full energy transition and taking a systems approach to making solar accessible to all.

Although the development of solar parks forms the majority of our business, we also know that in order to make solar accessible to all, constant innovation is required to develop not only electricity infrastructure, but a decentralized one at that. Solar will not grow alone, it requires a full evolution of energy products and services, not least battery technology and IT infrastructure, as we fundamentally change how we access and use energy. Therefore swift and effective partnerships, finance and service design is essential with true cross-industry collaboration. This type of innovation is being seen with our IKEA residential solar offer across Europe, as of 2018 not only in the UK, but now in The Netherlands and Germany.

Most importantly of all, over our 20-year lifetime, Solarcentury’s solar projects have generated over two billion kWh of clean electricity and saved over eight million tonnes of C02 emissions from entering the atmosphere in its mission to make a meaningful difference in the fight against climate change. Through our sister charity SolarAid, in 2018 we can now say we have helped ten million people in Africa access clean, affordable and safe light.

So, we wish you all a very well deserved Christmas break. We are in changing times, but solar power is growing and with it, the most important thing of all, optimism.