Climate change: The EIB finances one of the largest solar plants in Spain 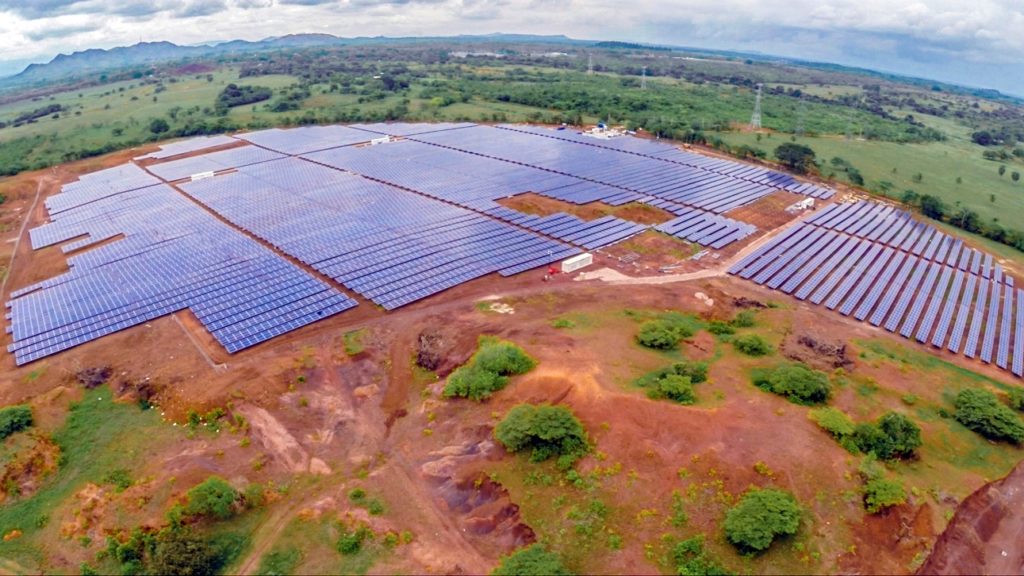 Spain, December 11 2019: During the UN Climate Change conference in Madrid, COP 25, the European Investment Bank (EIB) has announced that it has invested EUR 76.5 million in one of the largest solar projects in Spain, demonstrating its strong commitment in regards to the promotion of clean energy production in the country. The project is sponsored by Encavis AG, a leading independent producer of renewable energy, and Solarcentury, a global integrated solar power company, and comprises the construction and operation of a 300 MWp photovoltaic solar plant in the cohesion region of Extremadura, more specifically in the municipality of Talayuela. The transaction is supported by the European Fund for Strategic Investments (EFSI), the main pillar of the Investment Plan for Europe, also known as the Juncker Plan.

At 300MWp, the Talayuela Solar plant will be one of the most powerful solar projects in Europe, capable of producing enough energy to power around 150,000 households per year at a very competitive price. Moreover, the project will contribute to reducing CO2 emission by more than 171 kt CO2-e/year and approximately 400 people will be employed during the construction phase.

EIB Vice-President Emma Navarro, who is responsible for climate action at the Bank and for operations in Spain, said: “As shown throughout COP 25, the EIB is highly committed to delivering on the fight against global warming. As the EU Climate Bank, we are ready to increase our climate ambition to step up to the challenge. For this reason, we are pleased to support Spain’s huge renewable energy potential and help the country to meet its decarbonisation targets.  Promoting solar energy leads to increasing energy independence and, more significantly, it means reducing the consequences of climate change.”

European Commission Executive Vice-President Valdis Dombrovskis, responsible for An Economy that Works for People, said: “For the second time this week we are announcing European Investment Bank financing for solar energy in Spain. With the support of the Investment Plan for Europe, a 300 megawatt solar energy plant will be built in Talayuela, Extremadura, which will produce enough clean energy to power 150,000 homes annually. Investing in renewable energies such as solar is crucial for achieving the Paris Climate Agreement goals and reaching climate neutrality by 2050”.

Dr. Dierk Paskert, CEO of Encavis AG stated: ‘This project marks a milestone both for Encavis and for the Spanish’s renewable energy market, as it highlights the EU support to our growth strategy and it is the first long-term power purchase agreement (PPA) signed for a solar park without any support from feed-in tariffs. The conclusion of this PPA and the launch of the Talayuela solar park next year will take Encavis to a new level and will stimulate the market for comparable contracts in many countries.”

Jose Miguel Ferrer, General Manager of Solarcentury in Iberia, commented: “The financial close of Talayuela Solar is a major achievement for Solarcentury and Encavis AG, as well as a landmark deal that demonstrates the financial viability of Spain’s subsidy-free solar market. By demonstrating the long-term bankability of this large-scale project through the signing of our ground-breaking Power Purchase Agreement in September, we have secured the backing of two of Europe’s largest lenders, the European Investment Bank and Deutsche Bank, that share our vision for the project. With everything now in place, we look forward to beginning the construction of the project over the coming weeks.”

The EUR 228m project has secured a project financing from the EIB and Deutsche Bank for an aggregate amount of c. EUR 165m, which reached financial close at the end of November. The Talayuela Solar Plant is one of the first greenfield renewable energy projects to be financed in Spain without any form of government/public support. The Project entered into a 10-year financial Power Purchase Agreement (PPA) in September 2019, which hedges the off-take price for approximately 75% of the volume of the production. Following these developments, Encavis AG has provided Solarcentury with a notice to begin construction of the plant, which is expected to be operational in the second half of 2020.

The Talayuela plant is going to have a significant impact on the Spanish renewable energy market, helping the Iberian country to meet its renewable target of 20% of primary energy consumption to be generated by renewable sources by 2020. Moreover, the project contributes to the achievement of the Bank’s Climate Action objectives as well as to meeting the European Commission’s binding renewable energy target of at least 32% of final energy consumption by 2030.

The EIB and climate crisis

The EIB is among the world’s largest multilateral providers of climate finance. The Bank’s goal is to be a leader in mobilising the finance needed to keep global warming to under 2 ˚C and limit temperature rises to 1.5 ˚C to meet the Paris Agreement objectives. On 14 November, the EIB Board of Directors approved its new climate objectives and the new energy lending policy. The Bank will gradually increase its financing for climate and environmental objectives up to 50% by 2025, to ensure that the EIB Group mobilises at least EUR 1 trillion by 2030 to promote investments helping to meet these objectives. It also announced its intention to align all EIB Group activities with the Paris Agreement. To this end, the EIB will cease financing fossil fuel-based projects from late 2021.

In 2018, the EIB provided almost EUR 1.3bn to support climate action in Spain by financing projects involving the development of cleaner means of transport and implementation of new, less polluting and more environmentally friendly production processes.

Follow the activity of the EIB at COP25 here

The European Investment Bank (EIB) is the long-term lending institution of the European Union owned by its Member States. It makes long-term finance available for sound investment in order to contribute towards EU policy objectives.

The Investment Plan for Europe, known as the Juncker Plan, is one of the European Commission’s top priorities. It focuses on boosting investment to generate jobs and growth by making smarter use of financial resources, removing obstacles to investment, and providing visibility and technical assistance to investment projects.

The European Fund for Strategic Investments (EFSI) is the main pillar of the Juncker Plan and provides first-loss guarantees, enabling the EIB to invest in more projects that often come with greater risks. The projects and agreements approved for financing under EFSI are expected to mobilise more than EUR 450.6bn in investment, including EUR 49.5bn in Spain, and support more than one million start-ups and SMEs in the 28 Member States. Juncker Plan-backed investments have increased EU gross domestic product by 0.9% and added 1.1 million jobs compared to the baseline scenario. By 2022, the Juncker Plan will have increased EU GDP by 1.8% and added 1.7 million jobs.

More information on the results of the Investment Plan for Europe is available here.

Solarcentury’s mission is to make solar power mainstream. From homes and commercial rooftops to utility-scale, Solarcentury is making a meaningful difference in the fight against climate change by increasing the accessibility and production of solar power across the world. Over the past 20 years, Solarcentury’s solar projects have generated over 3.5 billion kWh of clean electricity and saved over 1.5 million tonnes of CO2 emissions from entering the atmosphere. In 2006, Solarcentury helped establish SolarAid, a charity which aims to combat climate change and poverty in the developing world by providing access to solar lights, while helping to eradicate the use of kerosene lamps in Kenya, Malawi, Uganda and Zambia. Solarcentury donates 5% of its net profits to SolarAid, which to date has enabled more than 10 million people across Africa to access safe, clean and sustainable solar light power.