Climate chaos – why our decisions have more power than ever before

By choosing to back fossil fuels or 100% renewable energy, we choose the consequences

Every choice we make has consequences. But, we now live in a time of heightened consequence. We have reached a critical point in our planet’s history where the decisions we take now will determine the future of all living things. Never before have we had such power, where the decisions made in the next 12 months by just a few thousand individuals across the globe could determine the course of history forever.

The world’s warning lights are on, but we’re still delaying the zero carbon decision

Pressure is mounting from citizens across the globe for those in power, from business and financial institutions to politicians, to act now to avert climate chaos and accelerate the shift to a zero carbon, 100% renewable, global energy system. Starting today.

Now is the time to act, and the decisions of those in power are counting. But they are moving far too slowly in divesting from fossil fuels and funding the renewable energy system required to ensure our survival and stability. Coal, oil and gas currently get more than $370bn a year in subsidies, compared with just $100bn for renewables, the International Institute for Sustainable Development (IISD) has found.

Whilst the majority of nations have agreed to turn off their current fossil fuel highway and onto a new road powered principally by renewable energy, the money needs to be committed at an exponential rate. According to investor group CERES, we are currently investing $300m a year in renewables, but this needs to increase to $1 trillion a year (“the clean trillion”), starting now.

Announcing zero carbon targets for 2050 is not the change we need. In reality, this time horizon has been brought forward significantly, and we require meaningful change within the next 10 years, by 2030. This is no longer a ‘tomorrow’ conversation. This is a conversation every individual in power needs to have with themselves today, so they can make an active choice on the direction they choose to take.

Solarcentury believes that we must go zero carbon within the next decade. This is both essential and achievable for humankind.

The problem we face in a world used to measurement and predictability is that it may already be too late, given scientific uncertainties and the time lag between emissions and temperature response feedback. For this reason alone we simply have no option other than to go as fast as we can.

Scientists are telling us that there is a possibility we can stay within a 1.5 degree increase in temperature if we get to work now, and go zero carbon at speed within the next decade. This window is still open for us, but only just.

They have a stark warning though; that every Gigaton of CO2 we emit significantly increases the risk of passing one or more climate tipping points; where so much CO2 has been released into the atmosphere that there is no turning back. The world’s climate will become unstable and chaotic forever due to positive feedback loops which only add to further warming and climate chaos.

And the International Energy Agency (IEA) agrees. They say that all the remaining carbon budget we have left to hit our Paris Agreement targets will be used up with the global energy infrastructure already in place. That means that, to hit our Paris Agreement targets, no new carbon-emitting infrastructure, such as power plants and more transport, can be built. 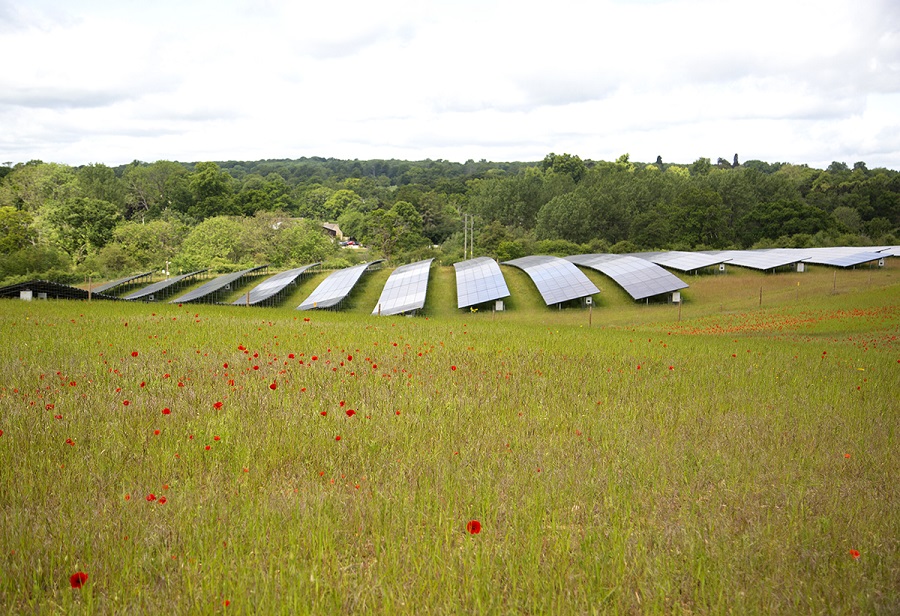 Which tipping point do you choose: renewable energy or climate chaos?

Make no mistake, the world’s leaders, financial institutions and businesses who do not turn down the road of rapid decarbonisation in 2020 will be committing their citizens, customers and themselves to the world’s largest car crash ever witnessed: mass extinction.

Those individuals running on autopilot along the highway, who continue to keep money in the fossil fuel economy and believe ‘things will be ok’, ‘we have time’, or ‘we will survive or adapt’, are living in a comforting myth to justify business as usual. Whilst understanding that it takes courage to change, inaction will end in irreversible chaos for all.

The reality is this. If you are a politician allowing the building of new fossil-fuel plants, enabling fossil-fuel subsidies and deforestation, rather than investing in clean energy and building a low carbon food system, you are committing yourself to an endless deficit. This is the very rationale for the US Democrats announcing a $16 trillion Green New Deal programme in August 2019, to avert a calculated $30 trillion in costs from climate chaos.

As a politician staying on the fossil fuel highway, you will find yourself under daily duress, pacifying an increasingly disenfranchised electorate, forced to move from increasingly uninhabitable areas, overwhelmed by a broken infrastructure system battling with natural disasters. Evidence suggests that within the next decade, daily life as a ‘leader’ will become, simply, unmanageable with a rapidly increasing temptation for autocratic power and control in an attempt to manage the chaos.

You may have access to clean water, but the home of your grandchildren will probably be flooded or burned by wildfire. Food will be limited. The next generation will live in fear for their future.

Right now, there are thousands of leaders across the world who are creating this version of our future. They may say yes to a zero carbon economy by 2050, and might even understand this is now proven to be the less costly way forward, but their daily decisions and votes uphold the old system because ‘someone else will do it’ or they will get involved ‘tomorrow.’

This story is also being played out in hundreds of boardrooms, where meeting the need for short-term profit comes first. There are still far too many directors and managers who are driving down the fossil fuel highway and refusing to take another route, claiming to be ‘acting in the best interests of their shareholders’. But know this; the risk of inaction will be terminal.

In 2020 you’re either turning off, or staying on

We are now at a point where you’re either turning off the highway and onto the road for the new 100% renewable energy system – which saves the resources we have and preserves all living things – or you’re not.

If you’re out, you’re effectively choosing chaos; for yourselves, your children and all of the planet’s species.

But if we just take this leap and put our investments into renewable energy, the evidence suggests this will improve our wellbeing and contentment too. Our needs will be met, we’ll be saving money in the long run, and acting with purpose. We may even see our children have children.

It’s no wonder a growing mass of millions of people across the planet are choosing this path. Schoolchildren, scientists, teachers, financiers, politicians and more are all shouting from the rooftops. It’s not driven by political ideology – it’s driven by a will to survive.

This is not a drill. It’s happening now.

If you’re in a position of power and decide to stay on the fossil fuel highway rather than choose 100% renewable energy today, the consequences of your decision will be:

You are actively choosing the end of civilization as we know it.

However, if you choose to stop funding fossil fuels and instead finance 100% renewable energy while supporting a Green New Deal, the consequences of your decision will be:

Still not the future that many of us had hoped for, but one that can last for many generations to come.

It’s deeply personal and you matter

Whether we are politicians, business leaders or professionals, we are all in a position of power to some degree.  We are also all living, breathing sentient beings. We are rational and emotional, guided not just by delivering a plan, meeting shareholders’ needs or representing constituents. We are all guided by purpose, principles, morals and values.

Now is the time to: 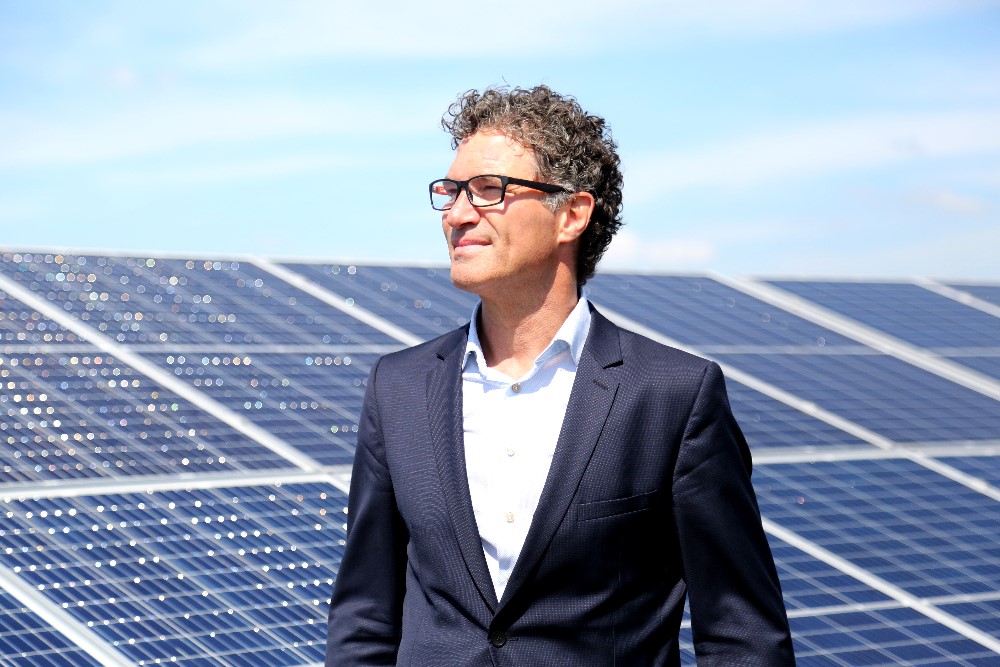 What’s the most important decision you can make now?

The decision to stop funding fossil fuels, and instead fund renewable energy, has the power to bring about true, transformative change. Arguably, no single decision before has held such weight in the course of human history.

We need to end fossil fuel subsidies entirely. We need to urgently change direction and invest $1 trillion a year in renewable energy, starting today, if we have any hope of decarbonising our system in time.

The good news is, the decision to turn off the fossil fuel highway and begin building a safe zero carbon world can be central to each and every decision we make. Starting today.

Remember, you’re not driving alone. Your children and grandchildren are riding in the back of the car. So ask yourself; what is the consequence of the decision you make today?

Are you staying on the highway, or turning off?

Make no mistake; your decision will determine the course of history.

Jeremy Leggett ‘This is why we talk of extinction’