How corporates are leading the 100% renewable energy transition 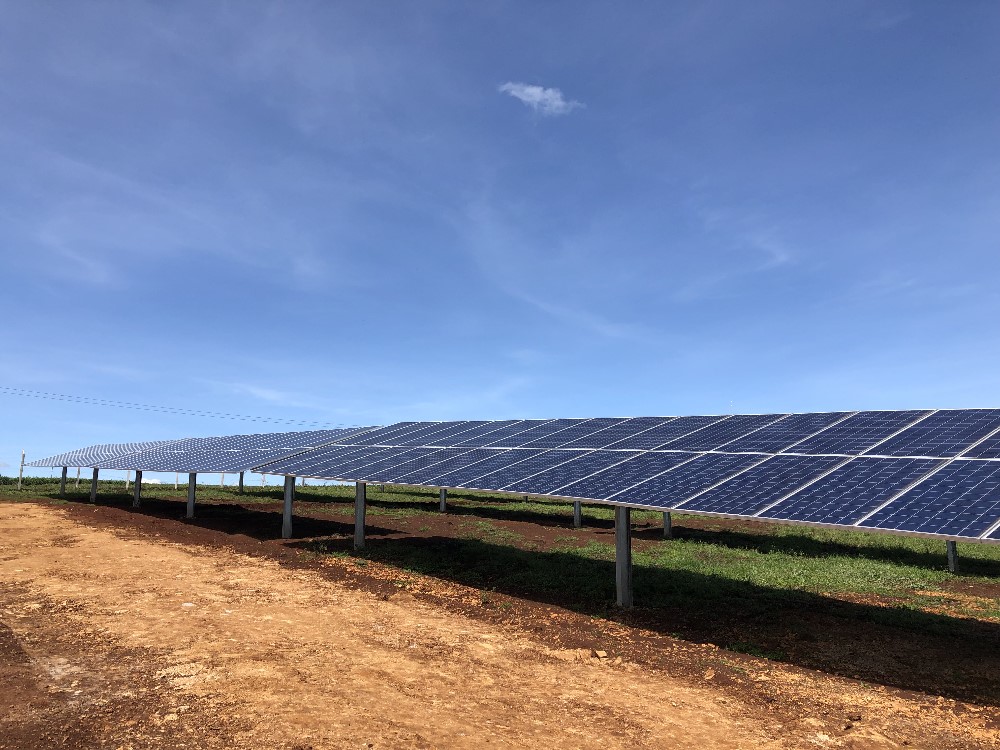 A historic new report shows we can reach 100% renewable energy in just a few decades, and it’s affordable; making this the clear answer to tackling climate change. But, more importantly perhaps, it is already happening – and it’s the corporate world leading the charge.

With the economic and social imperatives of addressing climate change increasingly compelling, a growing number of companies are de-risking their operations by shifting away from increasingly volatile fossil fuels, providing hope that this can and will become mainstream.

It signals a remarkable turnaround from the early days of the industry, when solar power was out of the question for the majority of corporates. There were the early pioneers, but the case for a ‘people and planet’ approach to business was yet to be formed let alone won.

In 2019 we see over 170 companies making the commitment to switch to 100% renewable energy with 37 very close to meeting their target, already at 95%. From Solarcentury partners IKEA and Unilever, to Mars and Budweiser, the full list of corporate leaders can be found on RE100.

On the ground, we’re seeing corporates really forge ahead with Power Purchase Agreements (PPAs) in particular. This sourcing of renewable electricity is not only positive for CO2 reduction but is having a significant impact on the economy. According to IRENA, over 10 million people are now employed in the global renewable energy sector. Corporate commitments to renewable energy are taking this number higher and providing significant new capital injections. According to Bloomberg NEF, RE100 members alone are investing over $94 billion. Bloomberg NEF also calculates that the RE100 signatories will need to purchase an additional 197TWh of renewable energy in 2030 to reach their 100% targets – which will need to be met with a 100GW of new renewable plants. This demand will drive an investment of around $200 billion over the next decade.

These front running companies have a zero net carbon philosophy embedded in their culture, and are now publicly communicating their transition. This is a newly emerging, but important, tack for leadership on renewables. Earlier this year Budweiser broke new ground by producing its ‘Wind Never Felt Better’ commercial showcased during Super Bowl LIII.  Parent company Anheuser-Busch, has set a goal to source all of its purchased electricity from renewable sources by 2025, and even launched a 100% renewable electricity label for Budweiser.

This drive comes right from the top, with senior management firmly committed to the notion that sustainable practice is the only way forward for business.  The proof is indeed there; Unilever has generated a 300% shareholder return over the last 10 years, double the rate of the market. In 2017 their sustainable brands delivered 70% of its growth.

Employing 164,000 people, our global partner IKEA Group is particularly ambitious having committed to producing as much renewable energy as it consumes by 2020.

IKEA didn’t want to set a target for 2050; they see energy offering a fantastic opportunity to make progress fast, so the company has put sustainability first in its strategy to 2020.

IKEA is already energy independent in the Nordic area, producing more energy than it consumes, the same will be true in the US shortly. Worldwide the company has deployed over €1.5 billion into renewable generation projects. It owns and operate over 400 wind turbines and installed almost 900,000 solar panels on its stores and distribution centers, including recently at its UK Greenwich store in London (shown below). 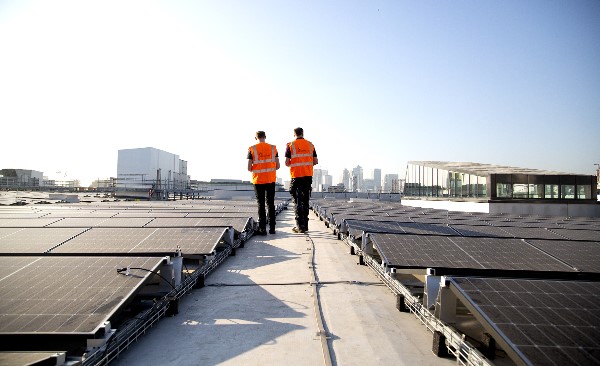 Together with Solarcentury, the company is going a step further and helping its customers to use renewable energy with easy, affordable home solar. IKEA now sells turnkey solar systems to its customers in the Netherlands, Belgium, Germany, Switzerland, Poland and most recently Italy. 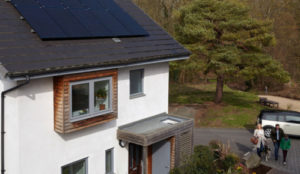 So as national governments deliberate about when we can make the switch, forward thinking corporates are showing the rest of the world how the transition to 100% renewable energy is done. Notably, many are aiming for 100% within a decade showing that a speedy transition is not only essential – but possible. The key to true momentum, however, is for governments to embrace this change and remove all remaining policy barriers to corporate renewable energy paving the way for this to become mainstream practice. Corporate leadership should be celebrated; the wins are clearer than ever for the economy, society and the environment.