Powering ahead with decarbonisation requires a green electricity revolution 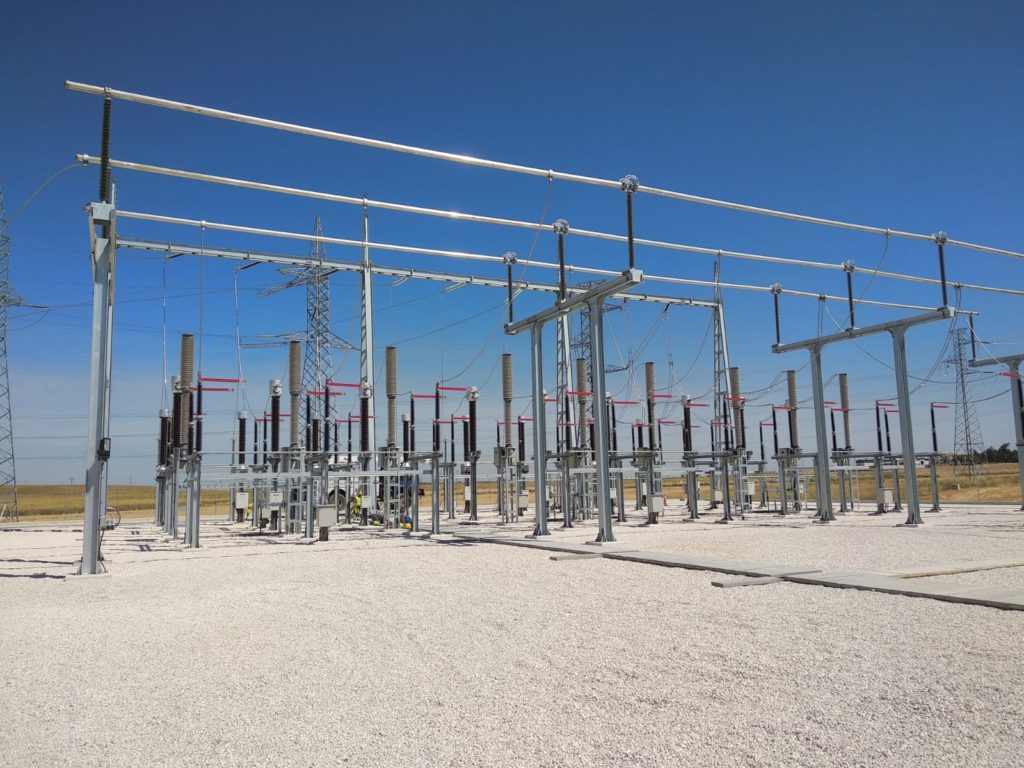 Fossil fuel consumption for energy is far and away the biggest contributor of harmful greenhouse emissions globally, accounting for almost 70% of global carbon emissions every year.

However, if today’s outdated fossil fuel-based global energy system is transitioned to 100% renewables – which can and should be done by 2030 – carbon emissions from energy consumption would rapidly decrease to a net zero position and help to prevent the end of civilization as we know it.

To achieve this, we not only need to transform the way we produce energy so that the grid is powered entirely by renewables, but also change the way we use it. And this means a dramatic increase in electrification, with electricity powering everything we do – in our homes and day-to-day lives through to the industry and infrastructure underpinning it.

Many parts of society run on electricity, from homes and businesses, to trains, personal tech and cars. And this growing trend looks set to continue.

According to the IEA, in 2018 global electricity demand increased by 4% (900 TWh) at the fastest rate since 2010. But while renewables and nuclear fed the majority of this increase in demand, generation from coal and gas-fired power plants also rose considerably to meet this growth in consumption, driving CO2 emissions from the sector up 2.5% last year.

So whilst it is good news that a city such as London is expanding its electric vehicle charging network and introducing electric buses – these moves only help us to decarbonise if the grid powering EVs is fed by renewables.

The grid has to decarbonise faster than the growth in electrification.

Where are we in building our electric world?

There are already many examples of where the transition to an electric world is well underway.

In the transport sector great strides are being made. Oslo’s experience shows what is possible with electric vehicles (EVs), while rapid and promising growth in large cities in California, China, Korea and Europe is fuelling optimism across the globe.

Last year, for the first time in history, more than half of all new cars sold in Oslo were electric, with a record high of 39% of all new cars being fully electric. Since 2010, the annual sales growth of EVs in the city has been over 100%.

Meanwhile, in neighbouring Sweden, the world’s first electrified road for charging vehicles opened in 2018. The stretch of road outside Stockholm transfers energy from two tracks of rail in the road, recharging the batteries of electric cars and trucks.

Electric motorbikes are already on the roads, electric yachts on the water, and on the railways 100% of the electric trains in the Netherlands are now powered by wind.

In the skies, progress is also being made, with a host of electric airplanes already in service, a hybrid-electric aircraft demonstrator expected to embark on its first flight in 2021 and the first commercial all-electric passenger aircraft expected to enter service as soon as one year later.

Equally, the technology exists to create new homes powered solely by renewable electricity. In Wales, Cardiff University has been showcasing an energy positive home, which integrates a range of solar technologies into the design of the property, as well as incorporating heat pumps and energy storage. Moreover, in 2016, construction was completed of on an innovative, multi-family house in Zürich that can collect and store enough solar power to fulfil the energy needs of all its tenants.

What is holding us back?

While electricity usage is growing and becoming more central in how the world is powered, there are several hurdles that need to be addressed quickly to accelerate this process.

So much of the electricity we use every day is generated through the burning of fossil fuels (64% from coal, oil and gas, according to the IEA), rather than renewable, sustainable sources like solar, wind and hydro, which accounted for just 26% of the global electricity generation mix in 2018.

Clearly, this must change for the shift to an 100% electricity-based power system to translate into a greener, cleaner, net zero emission future. But, it is achievable, as research by Energy Watch Group and LUT University shows – solar, for example has the potential to produce 69% of the world’s power in a 100% renewable global energy system.

The path to a 100% electricity-based, renewable powered system also centres on storage technology.

Existing storage technology for storing solar, onshore or offshore wind with batteries enables the grid to access renewable power at any time on a daily or weekly basis.

In the summer months, when days are longer, storage can capture the excess and export to the grid in the down periods during the day or week. But it is the cold, dark, winter months that are the challenge.

Because of its ability to be stored, gas is used to generate both electricity and heat in order to plug this gap, but finding a way to store renewable energy for longer periods of time is necessary to create a system that is 100% clean. This is known as ‘seasonal storage’.

Aurora estimates that by 2050 the UK alone will need 86GW of this ‘seasonal storage’ to allow 100% of our power to be renewable. So this is an issue that needs to be resolved; and quickly.

Encouragingly, seasonal storage technology is rapidly advancing, with hydrogen at the heart of one potential solution. Creating hydrogen with renewables-fed electrolysis offers a clean, constant alternative to fossil fuels – and crucially, it can be stored during the bright summer months and then supplied when needed during the dull winter months.

While hydrogen installations are currently expensive, research by Nature Energy earlier this year found that it is already cost competitive in niche applications and likely to match industrial-scale alternatives in about a decade. Once the installations are built, production is relatively cheap as the process uses renewable electricity and water.

In the future, it may also be possible to transport green hydrogen long distances through the existing gas pipelines, reducing the price of hydrogen by around 75% by 2050 (according to Bloomberg New Energy Forecasts) as costs linked to the transportation of fuel cells and long-range high voltage grids disappear. This would open the door to building large scale projects in remote areas best suited to wind or solar farms, using this renewable energy to produce hydrogen and then transporting this green hydrogen to wherever it is needed.

Clean hydrogen power is in evidence in some small pockets of the world already. On the Scottish Island of Orkney, for example, the world’s first sea-going car-and-passenger ferry fuelled by hydrogen made from renewables is set to become operational in 2021, as part of a drive by the island to develop a local solely hydrogen-powered network.

All this transformation will require significant capital investment, so ensuring there is a large available pool is equally important.

The capital markets are still heavily skewed towards fossil fuels and governments continue to heavily subsidise them, even though they are likely to become stranded assets.

Despite the levelised cost of electricity for solar and wind being the lowest in the world, the tanker that is fossil fuels is proving hard to turn. A trillion dollars a year of investment is needed for the next decade to complete the required transformation to a clean system.

Overcoming these challenges will require additional focus and resource from policymakers, financiers and engineers alike. But they are certainly not insurmountable. Indeed, the transition to a 100% electricity-based system underpins the transition to a zero-carbon future, which our very existence depends upon.

As the transformation in the way we use and produce energy is achieved, likewise, the way we go about our daily lives is also likely to change dramatically.

Rather than clean electricity powering an ever-increasing number of vehicles, the shift to electrical vehicles requires a shift in the way we use transport. Indeed, we are already seeing the first signs of this development in the UK, with a proposal creating publicly owned community car-sharing clubs with 30,000 electric cars on the streets for hire by local people already under consideration.

The car industry is thinking about what this future might look like also, with Nissan offering their ideas on what the fuel station of an electric-powered world might look like. Charged by the sun, wind, and oceans, their future-gazing video predicts that cars could empower people to store then distribute renewable energy. Wireless charging and universal connectivity enable their vehicles of the future to autonomously charge themselves and then re-park so other vehicles can do likewise. And all while their owners are asleep at home.

In housing, as referenced above, the all-electric, renewably powered “Solcer House”, a house that can generate, store and release its own renewable energy, built with high levels of thermal insulation, reduced air leakage and with an innovative energy efficient design, already exists. It is also viable in terms of cost and well within the acceptable budget for social housing. Were it to be rolled out at scale and used across all new housing this would reduce cost further. At the same time, while it is estimated that electricity use would rise by 20%, from around 3,100kWh/year (typical consumption per household) to around 4,000kWh/year in this scenario, gas use would be completely removed and the energy would be mainly be generated on-site by renewables, reducing the amount of electricity needed from the grid and allowing for exports of any surplus generation.

Managing all this additional electricity demand will require significant investment in the necessary grid infrastructure, and to ensure this functions smoothly, new internet of things (IoT) technology will need to moderate how electricity is distributed.

By 2035, chip manufacturer ARM predicts there will be more than one trillion IoT devices globally and this smart technology will transform everyday appliances into intelligent machines, gathering masses of data that can be used to optimise and personalise daily life. At a larger scale, the introduction of artificial intelligence will allow the entire grid to connect and work in harmony with every one of the billions of devices taking energy from it.

An electrifying opportunity to decarbonise our world

It’s clear that around the world, there are plenty of examples of individuals, companies and governments showing the vision and application to make a 100%-green electricity-based energy system world a reality. Bringing these efforts together, and expanding them, offers not only a route to reaching net zero emissions to avoid irreversible climate catastrophe, but also a path to an exciting, smarter, cleaner future.

There is an electrifying opportunity to rapidly decarbonise our world and we must take it now before it’s too late.