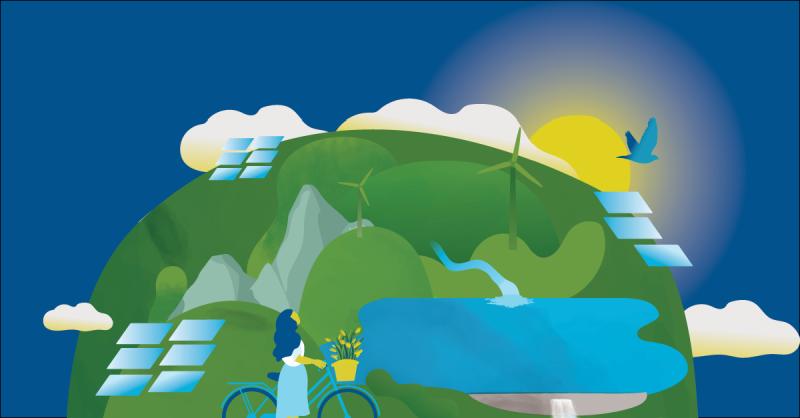 Statkraft’s latest Low Emissions Scenario reports that despite the high uncertainty of the moment, there is reason for optimism when it comes to the continuation of green trends over the next several decades. Here Gry Johanne Åmodt, VP Head of Global Drivers from the Corporate Strategy and Analysis team, talks us through what the future may bring.

It’s been a year that may end up as a turning point for the energy sector. The world came to a grinding halt in the face of Covid-19, causing a significant decline in energy consumption across the globe. And while that meant stagnation across the sector, one area managed to maintain growth, even if lower than anticipated: Renewables.

The year prior to the pandemic marked the first time in decades that power demand had risen around the world, at the same time as fossil power production weakened. It was a shift; a glimpse of the new path ahead. We had reached a point where Europe has taken on a higher responsibility for the momentum in global climate policy, showing the way through the EU’s Green Deal strategy and high climate ambitions. With technology costs continuing to fall, this is the moment when we see investors shift to renewables.

So, what does the future bring?

It’s certainly an exciting time to be in the energy sector, and an apt time to reflect on the changing environment in which we operate. In Statkraft, we do this through our “Low Emissions Scenario”, a report that we have issued every year for the past five years. It’s a look into the global energy trends in the march towards 2050. The report assumes that even though the Covid-19 crisis thwarted the predicted course of the year, the focus and drive related to resolving the climate crisis will continue, both in parallel to and post-pandemic. At the same time costs for green technologies will continue to decline.

Future energy demand to be met mostly by solar

Covid-19 will likely have ripple effects on the global economy for years to come. That, combined with the increasing efficiency of energy sources, gives way to the prediction that primary energy demand in 2050 will be at the same level it is today, no matter population growth. While the energy usage actually increases significantly, the big transition will be in terms of where the energy comes from.  Power is so efficient that less primary energy is needed when power makes up a significant part of this.

The renewable duo of wind and solar PV are no longer the expensive technologies that they were just a decade ago. The economic benefits are clear, as costs fall and capacity rises. In most countries in the world, it is now cheaper to install new renewable capacity than to install new fossil capacity. According to the Low Emissions Scenario, solar power will be the largest power-producing technology globally as early as 2035. All fossil fuels are hit by the energy transition, but at different time. Demand for coal and oil globally are predicted to peak before 2025 and 2030-32, respectively, while gas is estimated to peak around 2040.

With solar PV as the largest source of power in just 15 years, the Low Emissions Scenario states that the capacity in the global power sector will increase three-fold between now and 2050. This increase, and more, will be covered by renewable energy. Climate change remains a motivating factor in the energy transition, but the continual decline in costs and the increasing capacity of renewables make it the smart economic choice. We expect that in not too long, new renewable capacity will even be cheaper than running existing coal and gas power plants. It’s a combination that will serve to accelerate the energy transition, faster than if stimulated by climate goals alone.

Electrification is predicted to take center stage towards 2050

Electrifying our world will enable significant carbon reductions in the building, industrial and transport sectors. The Low Emissions Scenario says that almost all new passenger vehicles will be electric by 2050, and more than half of the heavier vehicles will run on battery or hydrogen. And when electricity simply isn’t an option, such as for long distance transport and high heating industry processes, emissions-free hydrogen will step in, in its various forms, including ammonia. Batteries play a key role in this future scenario, with costs declining 70% over the period driven by the large uptake of electric vehicles globally. Batteries, including EV smart charging, will provide highly needed flexibility for the power markets.

The course outlined by the Low Emissions Scenario is one in which energy-related CO2-emissions follow a global warming to the two-degree ceiling, thereby sticking to our promises made in the Paris Agreement. But it’s not enough for 1.5-degrees pathway and it’s a journey that won’t be without obstacles over the next 30 years. It requires predictable and shared climate ambitions and a clear framework for achieving them.

But what remains steadfast is the pace of renewables, as it assumes a larger and larger place in the energy mix in Europe and globally.

Keeping us in the loop